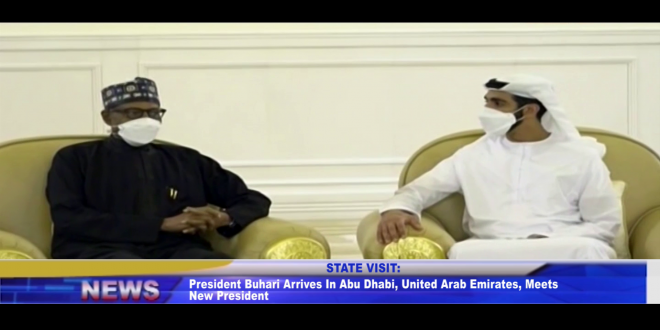 In the Arab nation, President Buhari will convey his condolences on the passing away of the former President and ruler of Abu Dhabi, His Highness, Sheikh Khalifa bin Zayed Al Nahyan.

Presidential spokesman, Mallam Garba Shehu said that President Buhari is also expected to extend congratulations to the new President, renewing bonds of the longstanding friendship between Nigeria and the United Arab Emirates.

He had earlier reaffirmed Nigeria’s cordial relationship with the country, admitting that the cooperation between both governments has helped Nigeria in tracking down illegal assets and tracing terrorist funds.

President Buhari is expected back in the country on Saturday.