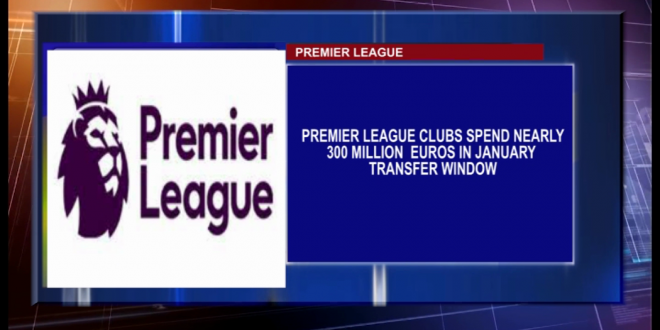 Premier League clubs splashed out nearly £300 million in January — the second-highest amount ever spent in the winter transfer window — boosted by a flurry of late big-money moves.

The arrivals of Luis Diaz, Bruno Guimaraes and Rodrigo Bentancur in the last few days of the month lifted the league’s gross spending to £295 million according to figures from finance company Deloitte.

January 2018’s figure of £430 million remains the record but this year’s outlay is more than four times higher than last year’s figure of £70 million, when the coronavirus crisis hit budgets.

The clubs’ net expenditure –. player purchases less player sales — of £180 million is the highest since the January transfer window was introduced in 2003.

The five clubs currently at the bottom of the Premier League spent around £150 million, more than 50 percent of the total.