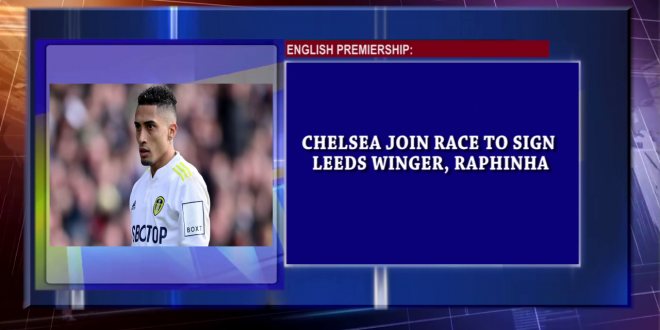 Chelsea have joined the race to sign Leeds winger Raphinha.

The Brazil international has been the subject of a bid from Arsenal and interest from Barcelona.

However, Chelsea’s American owners want to make the twenty-five-year-old part of a new-look attacking line-up and have already made contact with England international Raheem Sterling.

There has been no formal offer made to Leeds, who survived the threat of Premier League relegation on the last day of last season, following a sparkling performance from Raphinha, who scored the opener in a two goals to one win over Brentford and is due to report back for pre-season training at the start of next week.

The move is expected to be announced in the next twenty-four hours once the twenty-nine-year-old has completed a medical.