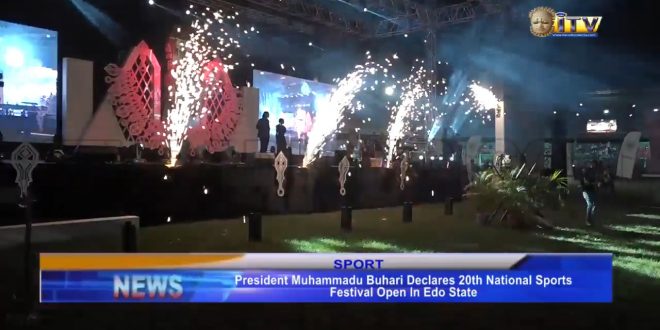 President Muhammadu Buhari has called on athletes competing in the twentieth National Sports Festival to display the spirit of sportsmanship as they compete for medals.
President Buhari gave the charge when he officially declared the games open at the Samuel Ogbemudia Stadium in Benin City.
Best Mbiere who captured highlights of the colourful ceremony reports that the ceremony featured lots of side attraction.
www.itvradionigeria.com
www.youtube.com/itvradiong
INDEPENDENT TELEVISION/RADIO
Twitter: @itvradiong
Instagram: @itvng
Share
Previous Buhari appoints Baba as acting IGP
Next High Turn Out As Workers Resume After Easter , Observed Covid-19 Protocols