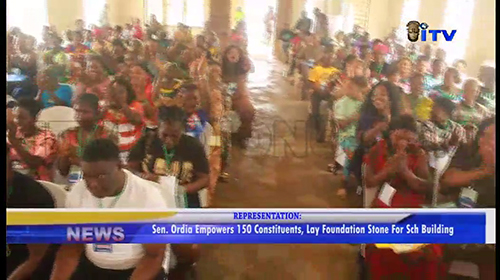 The Chairman Senate Committee on Foreign and Local Debts and Senator representing Edo Central Senatorial District, Clifford Ordia says he is doing everything he can within his power to ensure the presence of federal government is felt in the senatorial district, particularly in the issue of road.

Best Mbiere reports that the Senator stated this during training and empowerment programmes organized by the National Institute for Cultural Orientation and facilitated by the Senator.