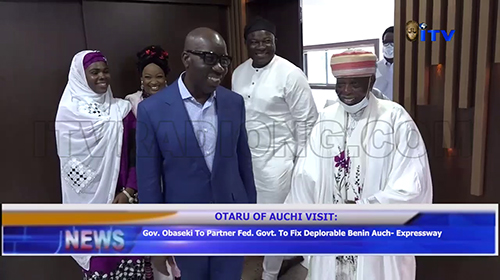 The Governor of Edo State, Mr. Godwin Obaseki has re-emphasized his administration’s readiness to collaborate with the federal government to complete the reconstruction of the Benin-Auchi expressway which has become a nightmare for motorists and other road users in Edo State.

He disclosed this when he received the Otaru of Auchi, His Royal Highness Aliru Momoh Ikelebe the Third, who was on a courtesy visit to Government House, Benin City.