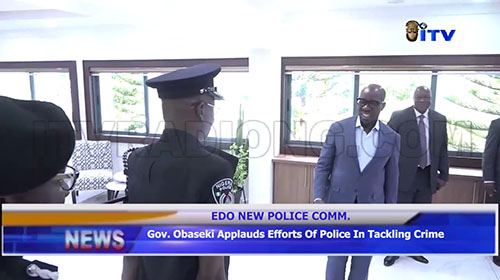 The governor of Edo State Mr. Godwin Obaseki says the security of lives and property of citizens in the state is given priority by his administration.

He disclosed this when he received the new Edo State commissioner of police, Mr. Mohammed Dankwara who was on a courtesy visit to Government House, Benin City.