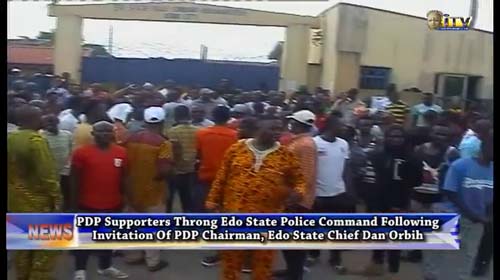 Owning to a petition by the Edo State Government on the issue of alleged diversion of bags of rice earmarked for internally displaced persons in Edo State.

Aigboje Ikhuoria reports that Chief Dan Orbih allowed freedom after hours of interrogation by the Police.