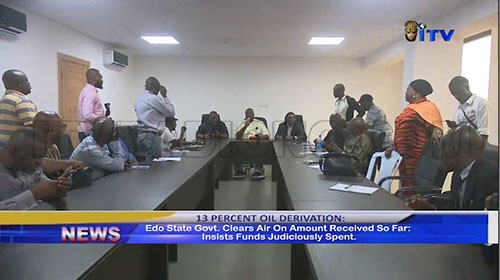 Following the controversy surrounding the thirteenth percent oil derivation after the comments of Rivers State Governor, Nyesom Wike of River State, Edo state government has said the share of the money accrued to the state which stood at two point one billion naira has been judiciously used for Edo state people for visible projects spread across the state.

This was disclosed by the state commissioners for Finance and budget, Joseph Eboigbe and that of Communication and Orientation, Chris Nehikhare at a press conference held in Benin.