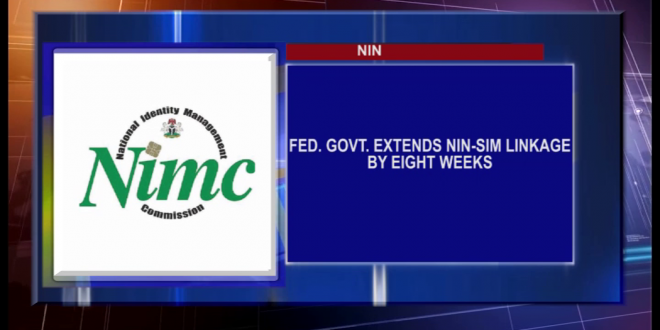 The federal government has announced that the ongoing National Identification Number and Subscriber Identity Module integration exercise has been extended by eight weeks.

According to a statement made public today, the new deadline is now April 6, 2021.

Director, Public Affairs, Nigerian Communications Commission, Ikechukwu Adinde, who disclosed this, said the extension was conveyed by the Ministerial Taskforce on NIN-SIM registration which held yesterday.