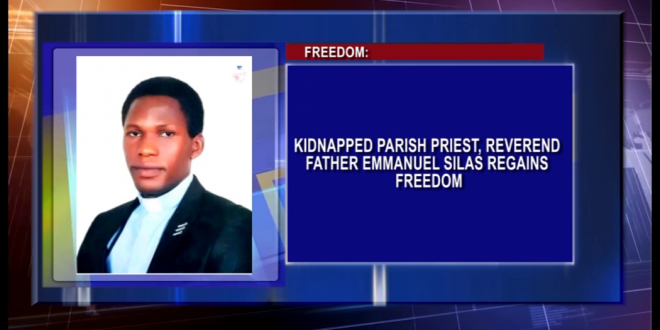 Silas was kidnapped by bandits in the early hours of Monday at the Rectory of the parish in the Kauru local government area of Kaduna State.

The Chancellor of Kafanchan Catholic Diocese, Reverend Father Emmanuel Okolo, confirmed his release to on Tuesday.

According to him, the victim was released at about 9 pm on Monday night less than 24 hours after his abduction.

The Chancellor expressed happiness over the quick release of the priest, praying for the release of other kidnapped clergymen and other citizens who are still in the custody of bandits.

It is, however, unclear if any money was paid to secure the priest’s freedom.

Kaduna and other north-western states have been ravaged by the bandits’ activities who continue to kidnap people at will.