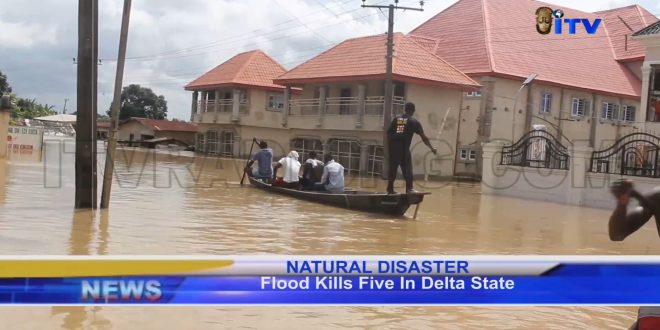 The Federal Government has been called upon to embark on building of dams and desilting of Rivers Niger and Benue as a proactive measure to checkmate flooding each time neighbouring countries open their dams.
Delta State Governor Doctor Ifeanyi Okowa made the call when he visited three Internally Displaced Persons (IDPs) camps in the state.
Asaba Correspondent Austin Azu reports that five persons have been killed by the flood across the state.
www.itvradiong.com
www.youtube.com/itvradiong
www.facebook.com/itvradiong
Twitter: @itvradiong
Instagram: @itvng
Share
Previous Baptist High School Old Students Association, Class of 82 celebrates 40 years reunion
Next Protest By Truck Drivers Over Deplorable Condition Of Benin-Auchi-Abuja Express Way Enters Day Three