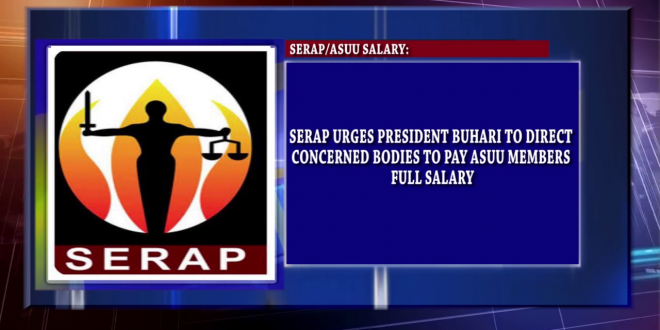 Socio-Economic Rights and Accountability Project has urged President Muhammadu Buhari to “direct the Minister of Labour and Employment, Chris Ngige, and the acting Accountant General of the Federation, Sylva Okolieaboh to immediately reverse what it described as the apparently illegal deductions from the salaries of members of the Academic Staff Union of Universities for October 2022.

In the open letter dated Fifth November, 2022 and signed by SERAP deputy director Kolawole Oluwadare, the organisation said paying half salaries to ASUU members solely for exercising their human rights is patently unlawful and incompatible with the Nigerian Constitution 1999, as amended, and international standards.