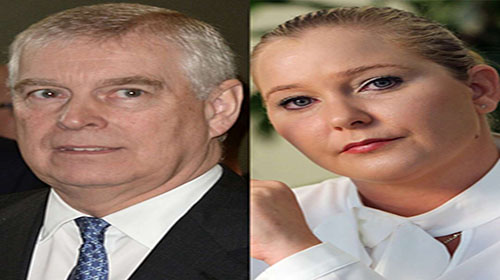 A US woman who alleged that she was brought to the UK at the age of 17 to have sex with the Duke of York has filed a civil case in New York claiming he abused her.

Virginia Giuffre, who was an accuser of convicted sex offender Jeffrey Epstein, claims she was sexually assaulted by Prince Andrew in London and New York.

The case claims the prince engaged in sexual acts without her consent, knowing how old she was and “that she was a sex-trafficking victim”.

It says the “extreme and outrageous conduct” continues to cause Ms. Giuffre “significant emotional and psychological distress and harm”.

The new legal complaint alleges that the prince and his representatives have rejected requests to provide “whatever facts, context or explanation he might have, and to explore alternative dispute resolution approaches”.

The case alleges the prince sexually abused Ms. Giuffre – then known as Virginia Roberts – at the London home of Epstein associate Ghislaine Maxwell, and at Epstein’s homes in Manhattan and Little St James in the US Virgin Islands.