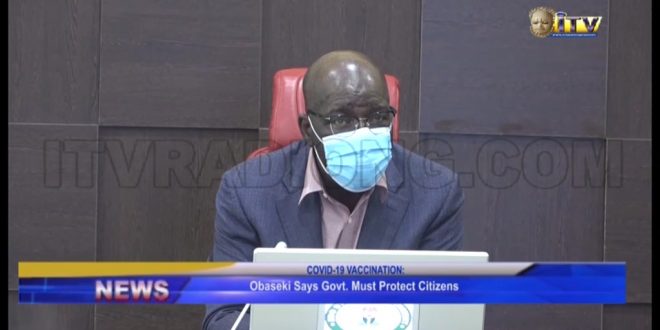 The Governor of Edo State Mr. Godwin Obaseki has described the order of a High Court sitting in Port Harcourt, Rivers State, directing the Government to maintain the status quo on the purported compulsory vaccination as speculative and pre-emptive as the scheduled date for the commencement of the enforcement of the directive by the state government is the second week of September 2021.
Governor Godwin Obaseki made the clarification at a press briefing in Government House Benin City.
Government House correspondent Patience Osarogiuwa Reports.
www.itvradiong.com
www.youtube.com/itvradiong
www.facebook.com/itvradiong
Instagram: @itvng
Share
Previous Youths Across Nigeria Advised To Emulate Esama Of Benin To Achieve Success
Next USEN POLY 5TH EMINENT LECTURES SERIES: Need to Establish Edo State Safety Commission Under Focus