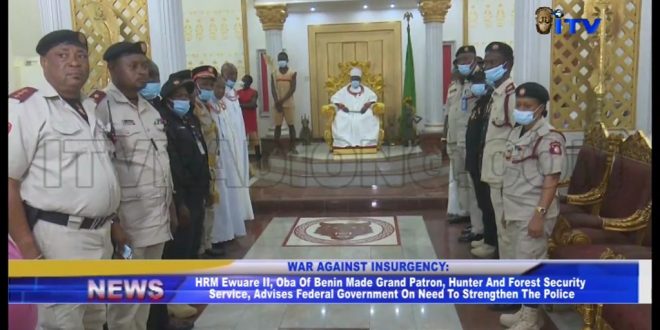 The Oba of Benin, His Royal Majesty Ewuare the Second, has called on the federal government to restructure the police force with specialized departments to fight insecurity rather than multiple security outfits.

The Benin monarch made the remark when the newly formed Nigeria Hunter and Forest Security Services conferred on him the position of Grand Patron of the organization.
Pius Nsogho has details.