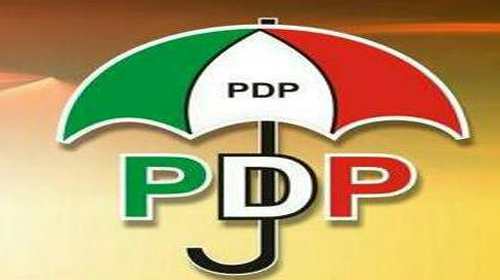 Ahead of thursday’s National Executive Committee, NEC, meeting, Governors elected on the platform of the Peoples Democratic Party, PDP will on Wednesday converge in Abuja to deliberate on wide range of issues, particularly on zoning of National Working Committee, NWC offices across the six geo-political zones.

The governors and other party leaders recently reduced the tenure of NWC by three months.
The director-general of the PDP Governors’ Forum, Hon C.I.D Maduabum, said the “chairman of the PDP Governors’ Forum, Governor Aminu Waziri Tambuwal of Sokoto State, in consultation with his colleagues have summoned an extraordinary meeting of the Forum to hold on Wednesday September 8, 2021 at 3pm.

“The meeting will discuss party matters and strategies to reposition the PDP ahead of the National Executive Committee (NEC) meeting of the Party taking place tomorrow, 9th September, 2021.

“The PDP governors further re-assures all PDP members, stakeholders and the nation of their commitment, determination and loyalty in the patriotic task of dislodging the failed APC government that has brought nothing but misery and pain to all Nigerians,” he said.

Meanwhile, there are indications that the Senator Mark-led committee is close to brokering peace between Governor Nyesom Wike and Uche Secondus. Although, Wike is far from happy with the way his once political ally conducted himself in the past few weeks.