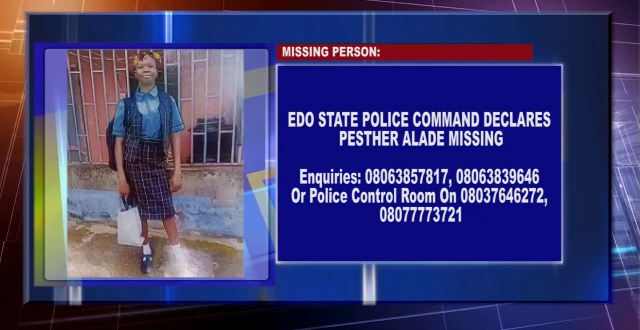 The statement explains that Miss Pesther, fifteen years is dark in complexion and about five feet tall.

She is Etsako by tribe and a native of Auchi in Etsako West local government area, Edo State.