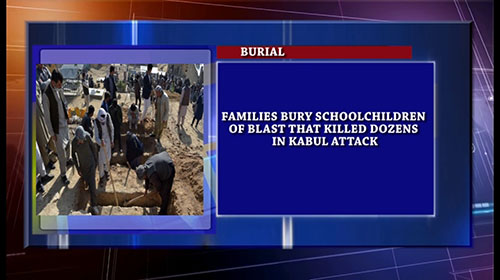 Afghan families have been burying their children who were killed in explosions outside a secondary school in the capital, Kabul, on Saturday.

More than 60 people, mostly girls, are now known to have died in the attack that hit students as they left class.

No-one has admitted carrying out the attack in an area often hit by Sunni Islamist militants.

The Afghan government blamed Taliban militants for the attack, but the group denied involvement.

The exact target for Saturday’s bloodshed is unclear. The blasts come against a backdrop of rising violence as the US looks to withdraw all its troops from Afghanistan by 11 September.