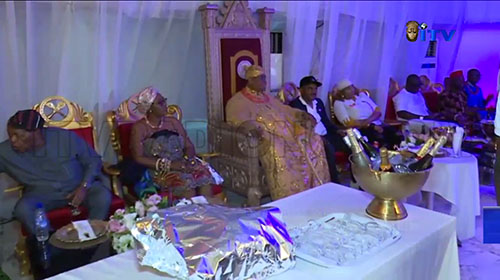 Esama of Benin hosts Actors Guild of Nigeria to dinner

The Esama of Benin and Honorary Romanian Consul to Edo and Delta States His Excellency, Sir, Chief, Dr. Gabriel Osawaru Igbinedion once again has been described as an iconic and Unique Personality, Consummate Cultural Diplomat and Outstanding Statesman.

Pius Nsogho reports that members of the Actors Guild of Nigeria who include Nollywood stars from the thirty-six states of the country gave accolades during a special dinner in their honour by the Esama of Benin City.