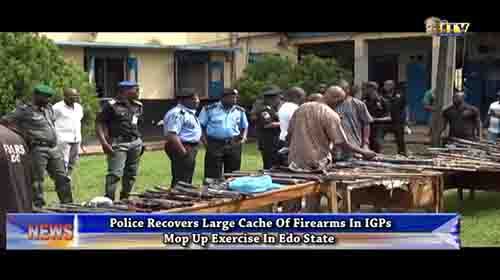 Edo State Police Command has recovered over four hundred assorted riffles and locally made guns with live ammunition in the first phase of the command’s mop up illegal arms and ammunition exercise as directed by the Inspector General of Police, Mr. Ibrahim Idris.

The state Police Commissioner Mr. Johnson Kokumo stated this at the police headquarters in Benin City while briefing News men on police achievement since the directive by IGP