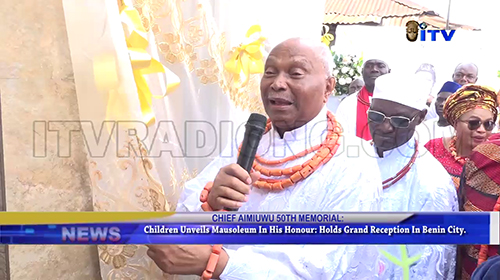 The Children of late Chief Josiah Ehiosu Aimiuwu have unveiled a Mausoleum of their father to commemorate his fiftieth memorial anniversary amidst pomp and ceremony.

Roseline Ebhoramen reports that the unveiling was performed at the weekend by the Iyase of Benin Chief Sam Igbe alongside the children of Late Chief Josiah Ehiosu Aimiuwu.