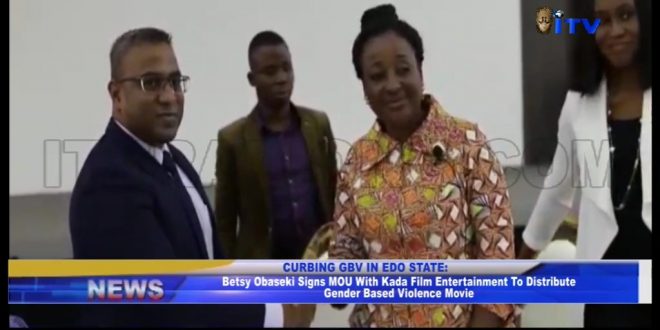 As part of efforts to sensitize the public and bring to an end gender-based violence in Edo State, Edo State Government courtesy of the office of the First Lady has signed a Memorandum of Understanding with Kada Plaza Cinema and Entertainment Centre Benin City for the distribution of a film, titled “We will Not Be Silent” produced by the Edo State Gender-Based Violence Management Committee set up by the State Governor, Mr, Godwin Obaseki.
Government House Correspondent Patience Osarogiuwa has details.
www.itvradiong.com
www.youtube.com/itvradiong
www.facebook.com/itvradiong
Twitter: @itvradiong
Instagram: @itvng
Share
Previous OWO ATTACK UPDATE: Governor Akeredolu Allays Fears Over Shooting
Next Intending registrants appeal to INEC to extend deadline