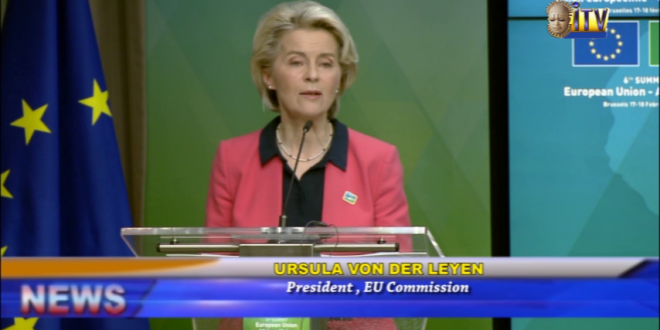 With interest on Africa by many developed nations, the European union has called for a stronger partnership with the African continent for the development of the two continents.
President of the European commission Ursula Von Der Leyen made the call , during a press conference on the African Union – European Union Summit In Brussels.
Correspondent Alhassan Bala Who Join The Press Conference Via Zoom Has More.