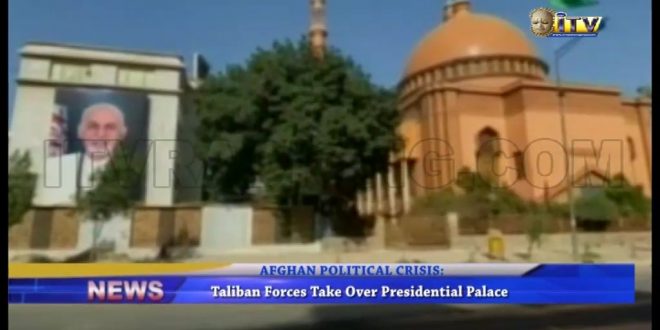 President Ashraf Ghani has fled Afghanistan on Sunday, ceding power to the Taliban as they reached the capital Kabul to seal a nationwide military victory in just ten days.
President Ghani’s departure from office was one of the key demands of the Taliban in months of peace talks with the government, but he had stubbornly clung to power.
In just over a week, the Taliban have carried out a lightning sweep of the country, with troops incapable of holding onto territory without US military support.
The insurgents said they want a peaceful transfer within the next few days, two decades after US-led forces toppled it in the wake of the September 11, 2001 attacks.
There are fears of a security vacuum in the capital as thousands of police and other armed services members have abandoned their posts, uniforms, and even weapons.
The United States began moving its citizens and Afghan staff to Kabul airport, with the help of thousands of troops deployed to the capital to assist with the evacuation.
However, Secretary of State Antony Blinken on Sunday dismissed comparisons with the chaotic American departure from Saigon in 1975.
www.itvradiong.com
www.youtube.com/itvradiong
www.facebook.com/itvradiong
Instagram: @itvng
Share
Previous Ikoro Cummunity refutes allegations of invasion by Obazuwa Community Staged Protest
Next Bandits kill nine persons, raid houses in Sokoto State